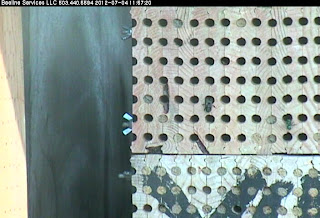 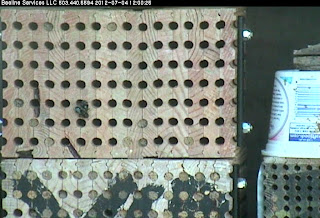 of the same tunnel as the first bee.
Images were taken about 1pm, sunny day about 66oF.  I shifted the camera to the right between the first and second image. 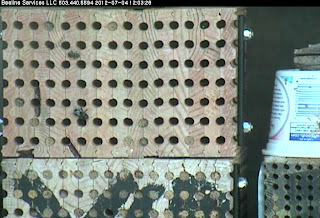